Our talented team offers decades of experience in non-profit management and operations. Their hard work and expertise has helped NAEIR successfully provide efficient inventory management solutions to businesses and much needed support to schools, churches and non-profits for over 35 years. 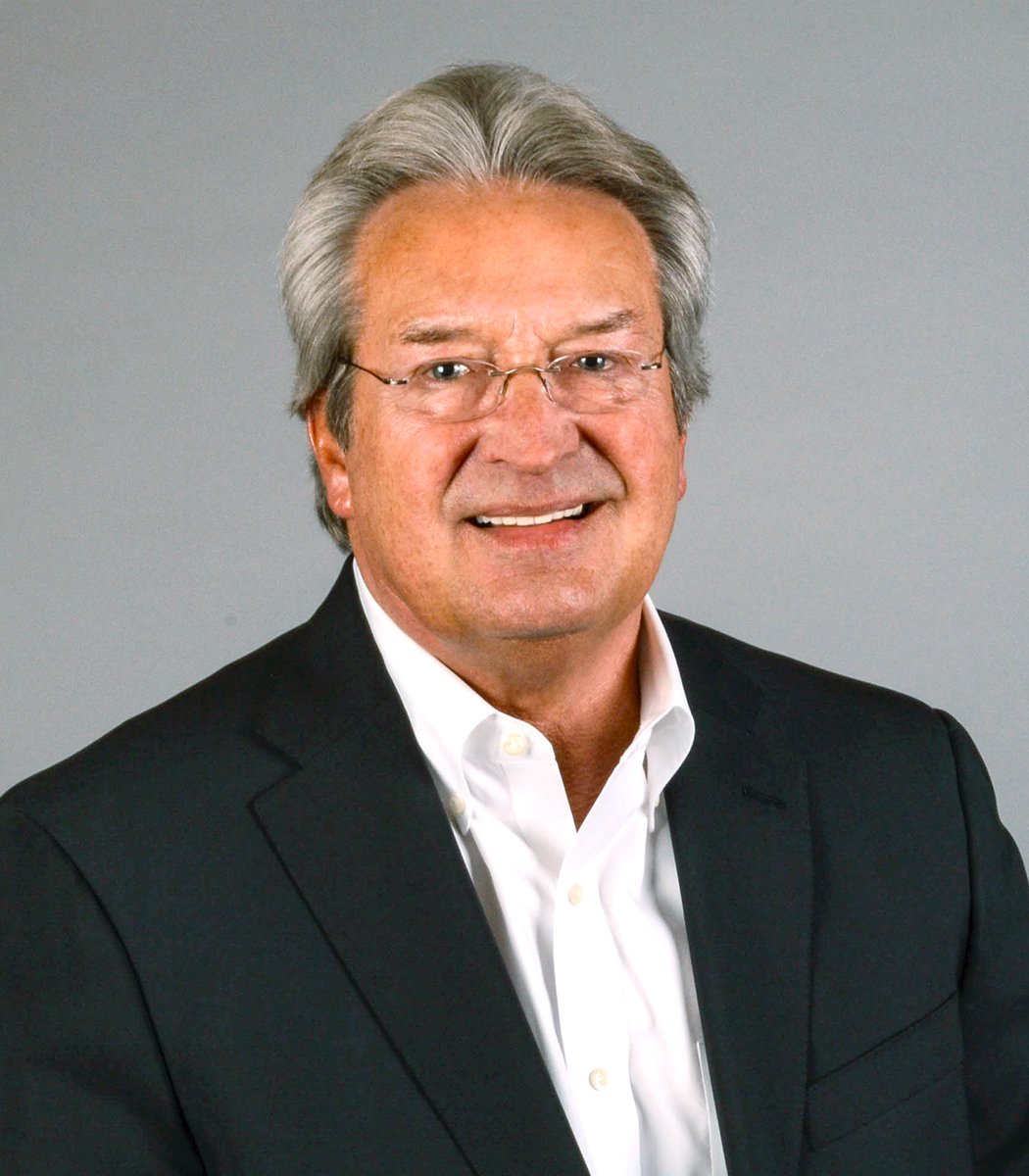 Gary is the son of NAEIR founder, Norbert Smith. Before officially joining NAEIR, Gary spent seven years working in various management positions at the Austin Company. In 1980 he accepted a position as NAEIR’s Warehouse Manager. He was appointed Vice President of Membership/Corporate Relations in 1983 and took over as NAEIR’s President and CEO in 1999. Gary has served on various non-profit boards including YMCA, Galesburg Chamber of Commerce and Galesburg Cottage Hospital. He was the Chairman of the Galesburg Regional Economic Development Association from 2010 to 2012 and even served as the Mayor of Galesburg from 2005 to 2009.

Gary lives in Galesburg with his wife Stephanie, where he is an elder at First Presbyterian Church. He has three children, Autumn, David and Bennett.

He and his wife of 28 years, Paula, are the proud parents of two children, Leslie and Colin. 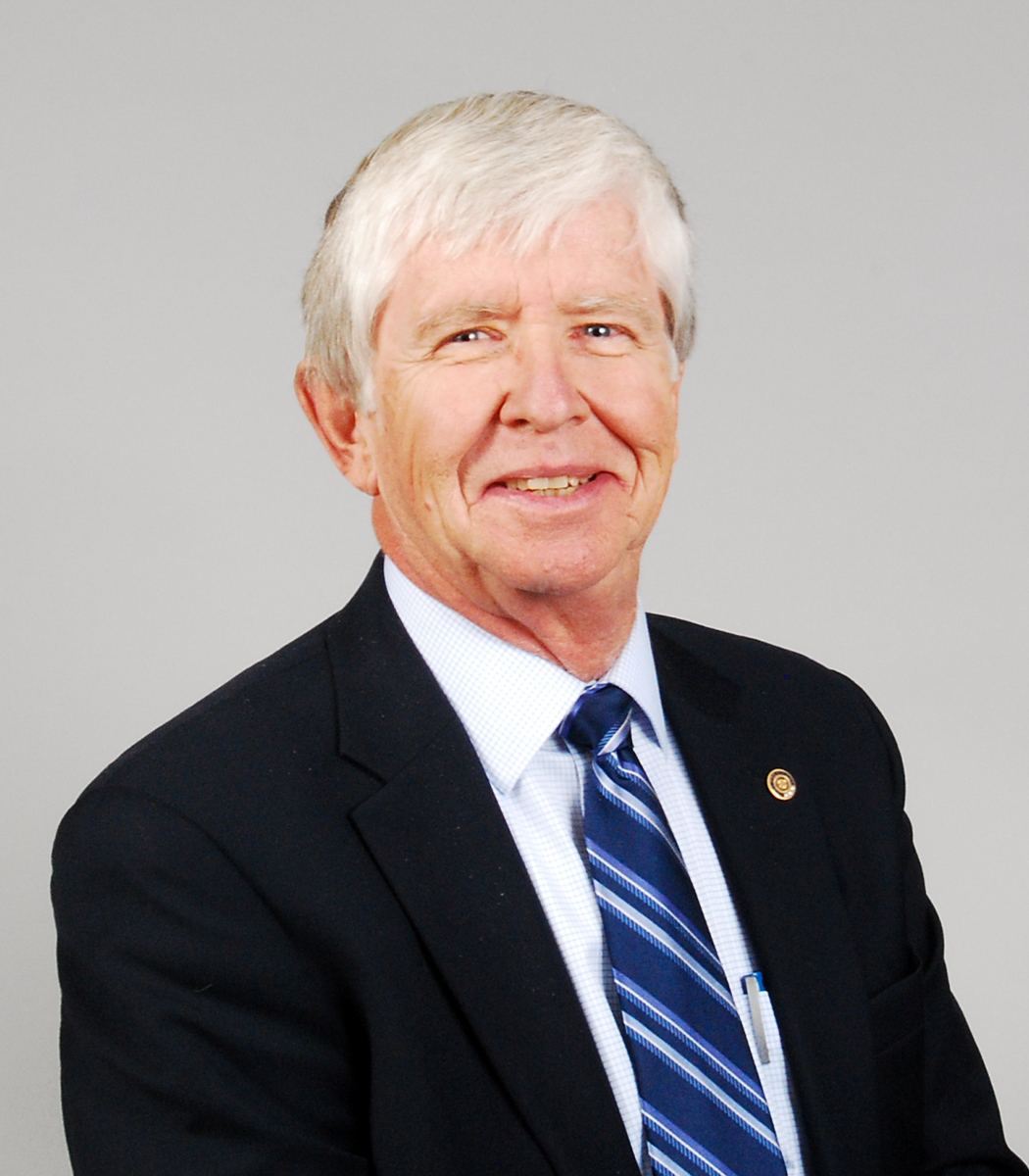 Chairman of the Board

After a college teaching career, he began a banking career where he became Regional President of First Bank managing the operation of twenty seven banks. After retiring from banking, he was elected as Treasurer for the City of Galesburg, where he currently serves.

Mr. Dahlberg also serves on the board of directors for Midwest Bank of Western Illinois, the Rotary foundation board and is President of the Credit Bureau of Galesburg. He has served on many local not for profit boards including as President of the Chamber of Commerce, President of the Galesburg Rotary Club and Chairman of the United Way of Knox County campaign three times. 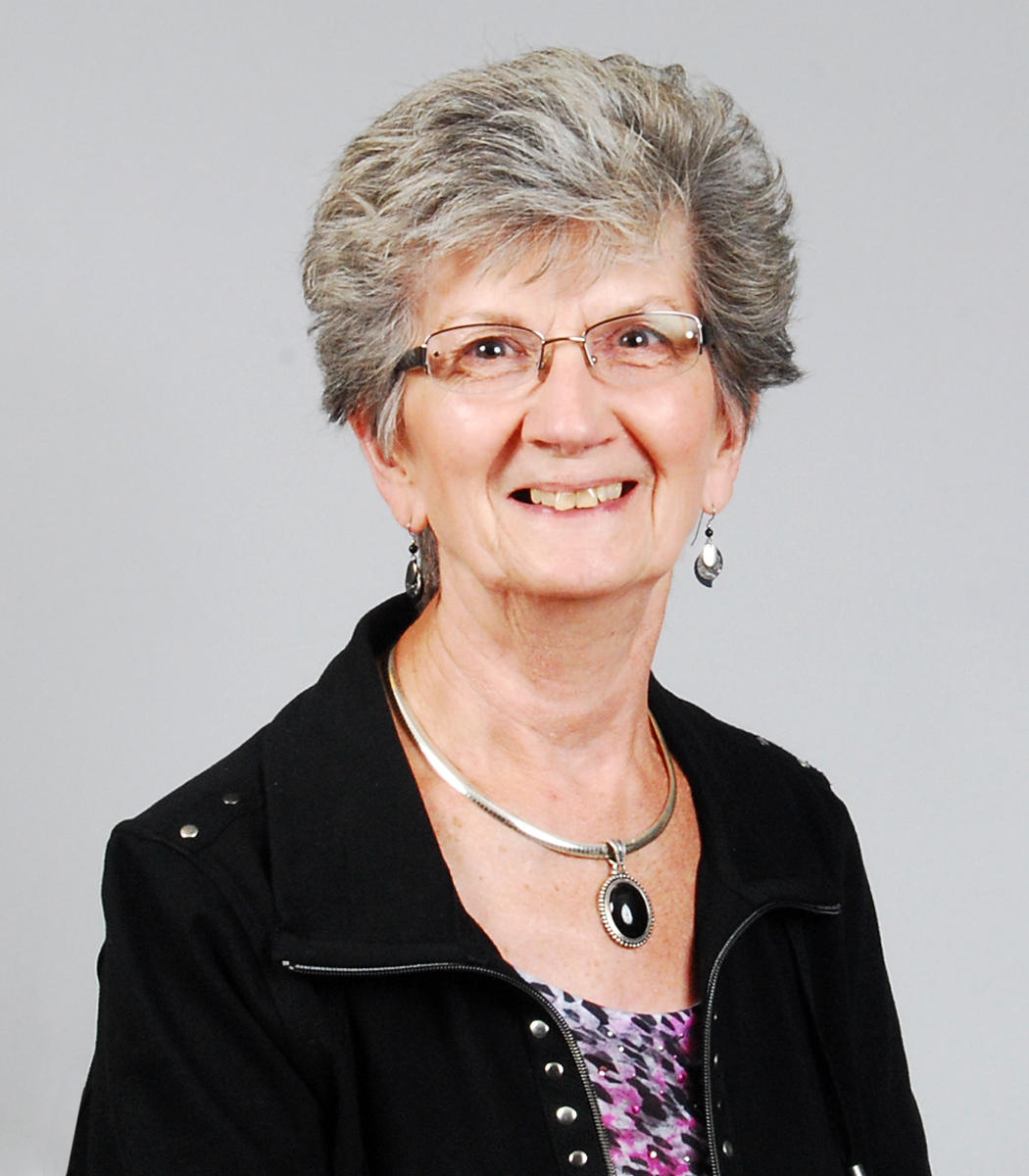 Mary is a lifetime resident of Knox County, currently living in Abingdon, IL. She is a graduate of Abingdon High School and attended Browns Business College.

From 1988 to 2012 she was an employee of NAEIR working most of her tenure as a supervisor in the Membership Department training new membership employees, attending conferences and working in telesales.

Mary has three children, Christine, Michael, and Karen. She is also proud of her three grandchildren and one great-grandson. She loves to spend time with family and likes to keep busy with her many interests. 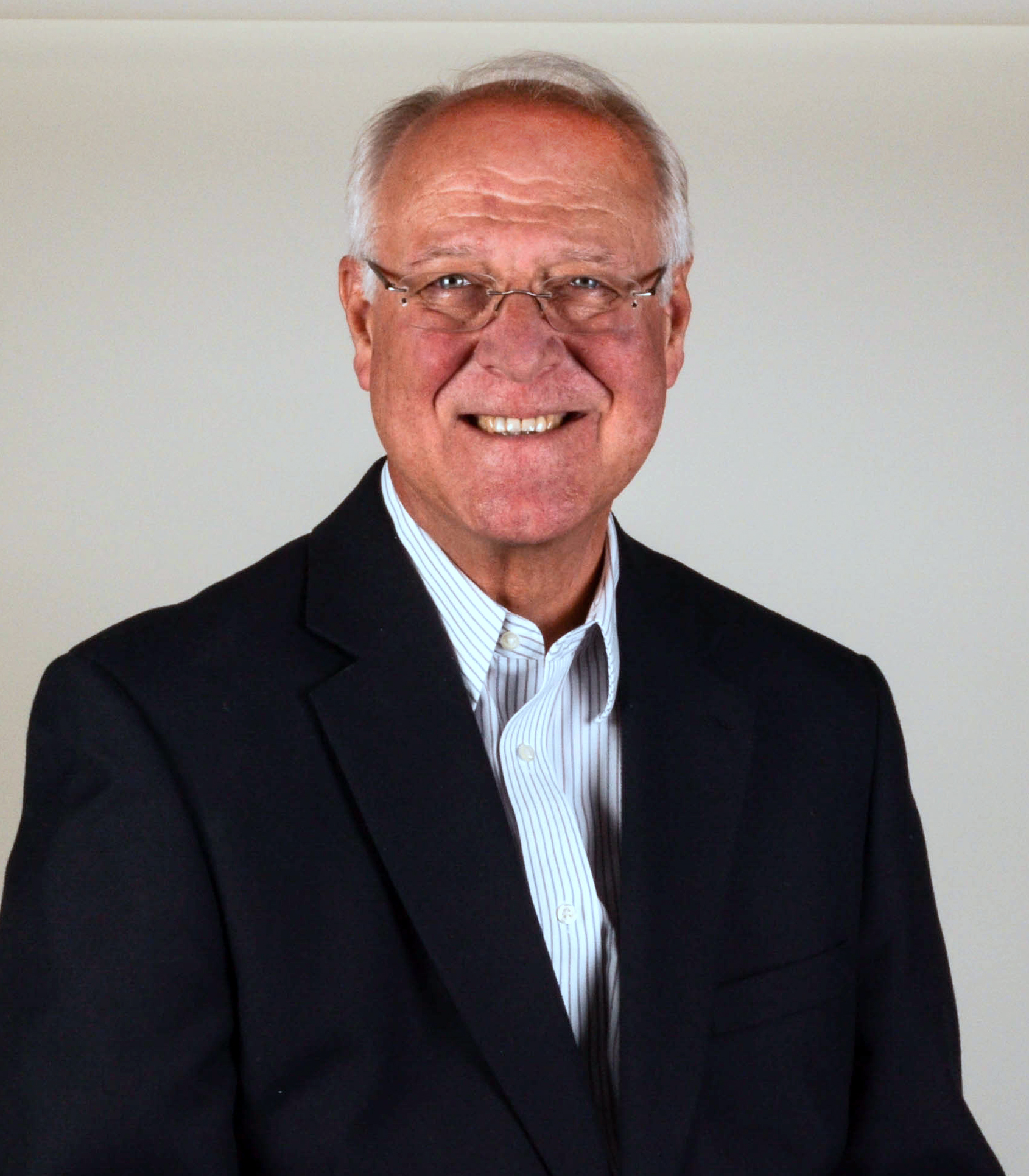 Robert B Clark (Bob) joined the NAEIR organization in 1997 when he became its Director of Human Resources. He retired from that position exactly fifteen years later in 2012, and in July of 2015 became a member of NAEIR’s Board of Directors.

Bob and his wife, Amber, are both active musicians and music educators, and they have been sharing their musical gifts with the Galesburg community since moving to Galesburg in 1990. Additionally, Bob is a retired Congregational minister.

Their son Rob lives in Bay City, MI where he is the Editor of The Bay City Times, husband to Claire Rigsby Clark and father of their four boys, Owen, August, Asher and Ellis. Bob and Amber celebrated their 50th wedding anniversary in June of 2014.

Bob has always been and continues to be an enthusiastic champion of the great things NAEIR does to help nonprofits across the nation.

Dr. Bruce Polay is artistic director/conductor of the Knox-Galesburg Symphony (KGS) and professor of music of the Knox College Music Department in Galesburg, Illinois, USA.

Polay was mostly recently recognized Illinois Conductor of the Year, Professional Orchestras in 2010 for an unprecedented third time by the Illinois Council of Orchestras (ICO).

In 2008, he received the ICO’s highly coveted Cultural Leadership Award, recognizing “a person who has demonstrated sustained leadership that extends beyond his or her own organization and community and who has impacted the state of arts in Illinois,” and has been named a Paul Harris Fellow by The Rotary Foundation of Rotary International.

In addition, under his leadership the KGS been recognized an Illinois Orchestra of the Year Award for an unprecedented fourth time, most recently for 2015. Also in 2008, Polay served as composer-in-residence at the Lynn University Conservatory of Music in Boca Raton, Florida, where Lynn University and the Barlow Endowment for Music Composition at Brigham Young University commissioned his First String Quartet (2007) that was published in 2008.

At Knox College, Bruce teaches courses in music theory, history, composition, and orchestration. He is a two-time recipient of the College’s prestigious Exceptional Achievement Award. 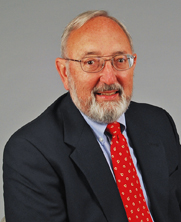 John J. Hattery was Chairman of the Board of NAEIR from 2011 through 2014 and was a Director of the organization starting in 1999. He is a graduate of the University of Iowa (BA) and the University of Illinois at Champaign-Urbana (JD). John began his career in banking before practicing law in Galesburg, Illinois for over 30 years. He became Managing Partner of Hattery, Simpson and West and was counsel to NAEIR for ten years before joining the Board. After retiring from practice, he was engaged in the studying of trombone and Geography at the University of Tennessee (Knoxville) and was a certified Rule 31 Civil Mediator in Tennessee.  John currently resides in Fort Myers, Florida with his wife Trish, who is also a graduate of the University of Illinois College of Law. 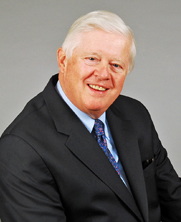 Vice Chairman of the Board/Emeritus

Jerry’s affiliation with NAEIR began in 1977 when he helped found our organization. He officially joined NAEIR as the Vice Chairman of the Board of Directors in 2011. He is an independent attorney in Washington, D.C., specializing in charitable tax planning, tax-exempt organizations and estate planning. He holds law degrees from Duke University and New York University.

Jerry and his wife Alexandra have three children. He originally hails from Pennsylvania, but has lived in D.C. for 40 years.